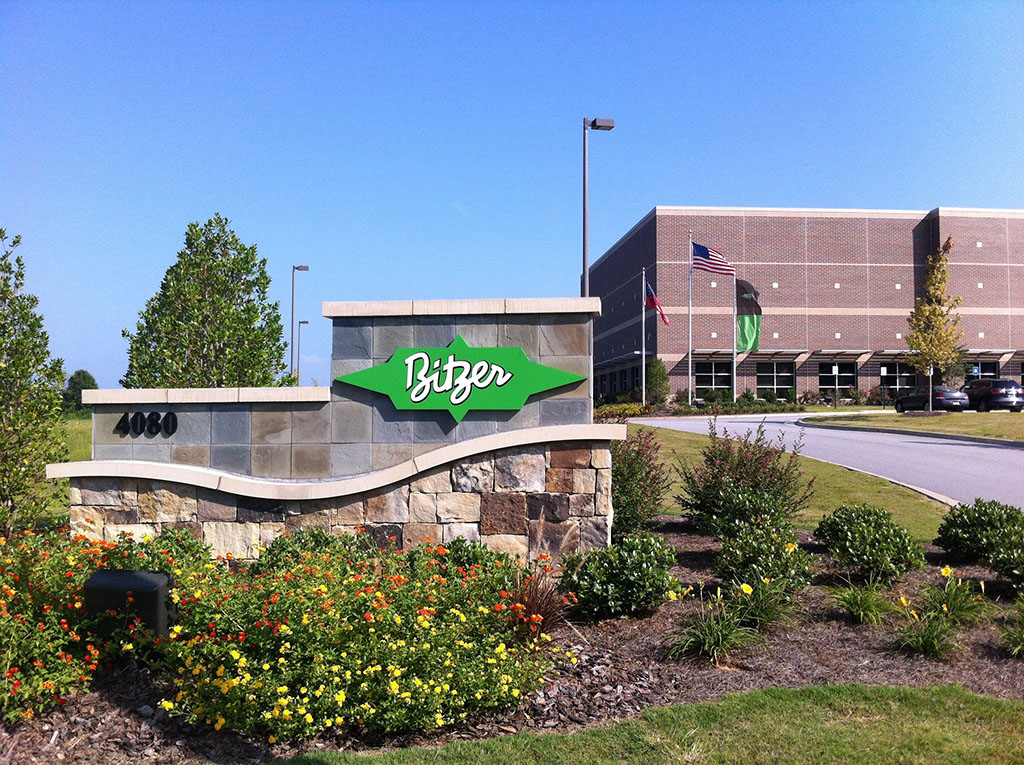 Double the success in the United States

The small US city of Flowery Branch is situated in Georgia, not far from Atlanta. With a population of 5,000, it is not considered a metropolis, yet it has something special to offer: Flowery Branch has been the base of operations of BITZER U.S., Inc. since 2003. The factory manufactures reciprocating compressors such as the ECOLINE series for the North American market.

There are now three factories on the 42 acre (30 acres in Flowery Branch and 12 acres in Syracuse) – BITZER built the most recent one four years ago because its production was at its limits in 2012: ‘Within seven years, our annual production volume increased tenfold and we were in urgent need of more space,’ reports Peter Narreau, President of BITZER North America. BITZER opened the new factory in June 2013 and efficient reciprocating compressors are now manufactured using the latest systems technology on an area 9,000 m² in size. ‘We have set up multiple production lines and a highly complex painting facility in the new production hall. That greatly increased our throughput rate,’ says Narreau. The original factory is now used to manufacture pressure vessels, shell and tube heat exchangers and oil separators, and even as a training centre for engineers who can attend courses on refrigeration and air-conditioning technology and participate in CO2 training courses.

Sustainability is an important topic in Flowery Branch: ‘Amongst other things, our factory is a Green Point location where compressors are remanufactured and recycled. Not all defective machines belong in the scrap. This way, we save resources and reduce waste,’ says Narreau. In the three factories, around 210 members of staff work in manufacturing and around 90 in sales, administration and development.

The largest buyer of reciprocating compressors in the United States is the food sector: ‘Your average American supermarket features large areas with 12 to 15 display cases,’ explains the president of BITZER North America. ‘We are industry leaders with regard to the CO2compressors used here.’ BITZER also has considerable market shares in the air-conditioning system and process cooling sectors. BITZER scrolls are manufactured in Syracuse, NY and have achieved significant market share growth through large North American multinational companies such as JCI and Carrier. ‘Although Flowery Branch does not manufacture screw compressors itself, we have become the main supplier of screw compressors to the US market. We also provide a conversion scheme where we replace the products of other manufacturers with new BITZER screw, scroll and piston compressors.’ The factory expanded its production in 2014: ‘The ammonia market in the United States is growing rapidly, which is why we also produce ammonia compressor packs designed for industrial refrigeration systems.’ In 2017, Flowery Branch added an additional 5,000 m² of factory space to accommodate the acquisition and production of ElectraTherm (producer of Organic Rankine Cycle equipment) units as well as expand the ammonia production capability, and localize ECOSTAR condensing units.

As at other locations, the BITZER production system (BIPROS) at Flowery Branch ensures smooth processes and quality assurance. ‘Because we made the core principles of BIPROS our guidelines, we have been able to grow from a small unit into one of the largest production sites belonging to BITZER. We embrace transparency, continuous improvement and teamwork and train our employees – our success is reflected not only by our sales figures, but also by our factory and the attitudes of our employees,’ continues Narreau.

Syracuse: prepared for the future

The number of employees at BITZER Scroll, Inc. in Syracuse, New York, has also increased rapidly in recent years: what started as an association of a handful of engineers is now the competence centre for scroll compressor technology within the BITZER Group which employs around 100 members of staff in production, administration and development. ‘Our late owner, Senator h. c. Schaufler, made it clear back in 2006 that BITZER had to invest in scroll technology if it wanted to be able to react to the transition from R22 to R410A in the refrigerant market. Finally, the company found engineers with the necessary expertise in Syracuse,’ reports Kai Schuppler, General Manager at BITZER Scroll. The small design and development office became an official BITZER site in 2007 and has been pushing the boundaries of scroll technology ever since. For example, the engineers who helped to build BITZER Scroll also developed the ORBIT series of compressor. 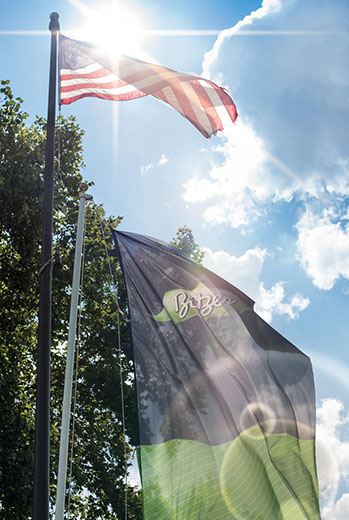 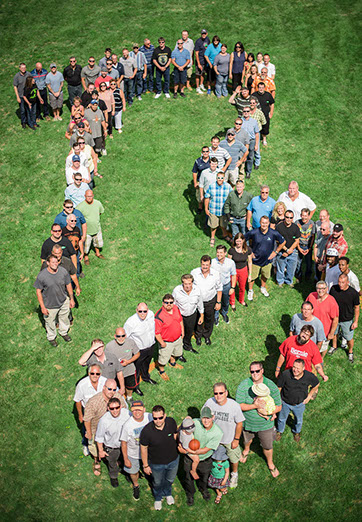 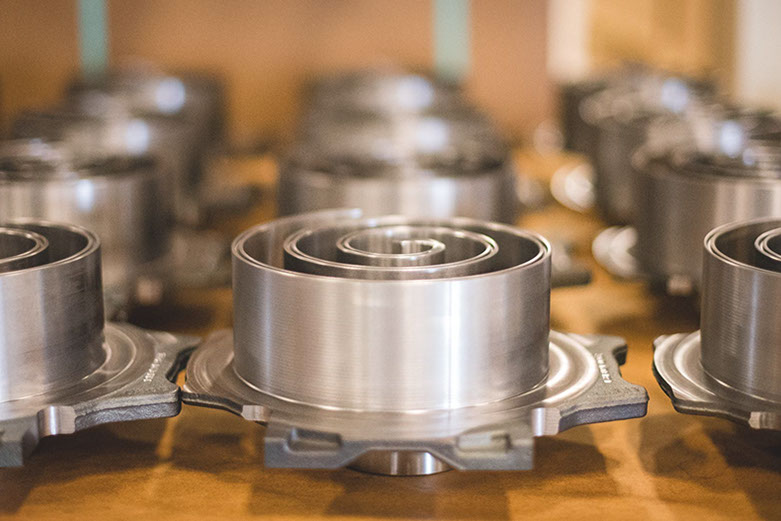 ‘BITZER Scroll has been synonymous with scroll expertise and innovation from the outset. In 2009, for example, we marketed the first compressors for low condensing temperatures for water-cooled refrigeration systems. And in 2013 we developed BITZER Advanced Header Technology, also known as BAHT, for the ORBIT series to ensure that the oil supply to the compressor remains stable even if uneven compressors are combined,’ says Schuppler. He looks to the future in Syracuse with confidence: ‘BITZER Scroll is absolutely prepared for the future.’

Scroll compressor in the system

With BITZER Advanced Header Technology (BAHT) – patent pending – scroll compressors with varying capacities can be combined to form tandems and trios. The newly developed suction gas header with integrated oil distribution plays a key role, specifically directing oil to one of the compressors in the tandem and trio units. The system even works when uneven compressors are combined and allows the frequency of a single compressor to be adjusted. One major benefit is that active oil management by an oil separator is no longer necessary to distribute the oil, as the supply to the unit is guaranteed even if the compressor is turned off. Only one suction line is required for many compressor combinations – and without an individual combination of restrictor washers. The system functions with consistent reliability at high and low suction gas volume flows and promotes uneven capacity adjustment through different displacements and compressor housing sizes in one unit. A single line package can be used for up to 20 different capacity combinations, which cuts storage costs and throws open a whole array of new options for air-conditioning engineers when configuring future systems.