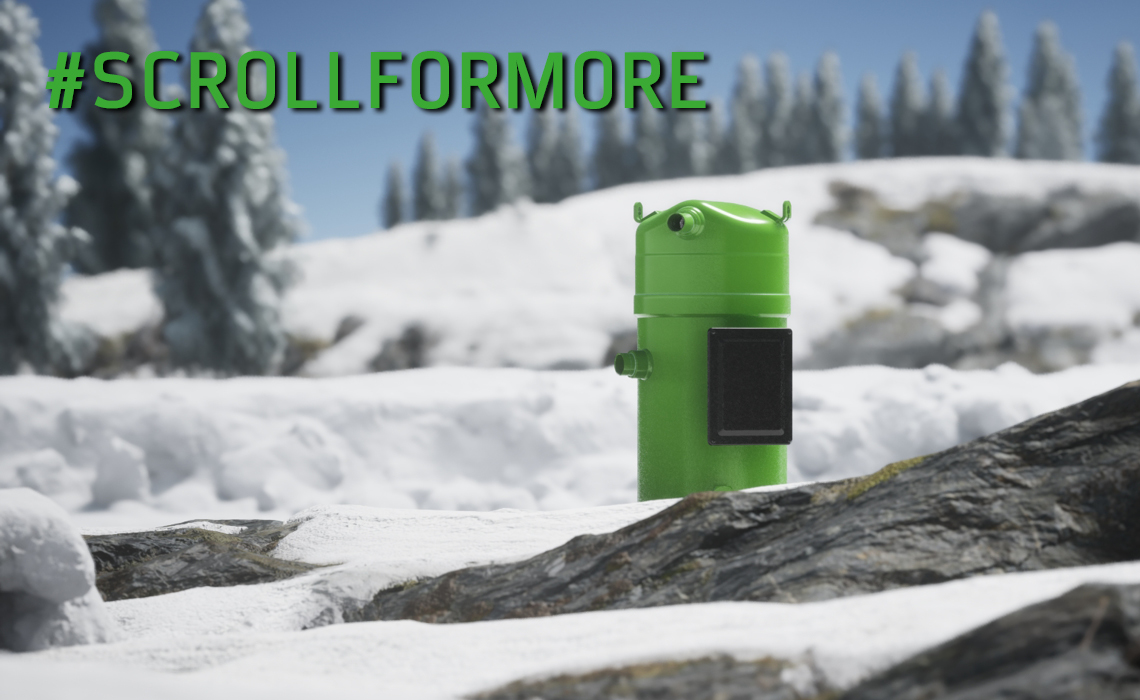 From air conditioning for office blocks, hotels and hospitals to process cooling and heat pumps, BITZER ORBIT scroll compressors demonstrate their adaptability and efficiency across all applications. But it doesn’t end there: they’re also future-proof and suitable for use with A2L refrigerants

Modern comfort air conditioning and heat pumps have to fulfil stringent, increasingly complex requirements. Systems need to be environmentally friendly, powerful, efficient and reliable. Because each application is one of a kind, BITZER has developed a flexible product group, which fulfils all requirements with high precision: ORBIT, ORBIT Boreal, ORBIT+ and ORBIT FIT. These series are available in two families and offer nominal cooling capacities from 10 up to 40 tons (20 up to 77 m³/h, 50 Hz).

They can either be operated directly on line or with an external frequency inverter within a wide frequency range of 35 to 75 Hz. Moreover, tandem and trio compound installations are possible. All this makes the ORBIT series the most versatile scroll compressors on the market and enables customers to easily apply them in their systems.

All ORBIT scroll compressor series (ORBIT, ORBIT Boreal, ORBIT+ and ORBIT FIT) follow the principle of modularity: for equal capacity models, the external dimensions, connections and connection positions remain the same. As a result, system operators can rest assured that, if there’s sufficient space for ORBIT models, the ORBIT Boreal, ORBIT+ and ORBIT FIT series will have no trouble fitting in either.

All ORBIT scroll compressors can be mixed and matched using BITZER Advanced Header Technology (BAHT). This innovative piping system enables parallel connection of compressors, including those from different series and capacities, to create tandem and trio units, resulting in hundreds of potential combinations. And all this by ensuring reliable compressor lubrication and safe operation. This is a decisive advantage, as users can be certain they will find the right compressor configuration to answer specific application requirements.

The road map for Europe is clear. The F-Gas Regulation calls for a drastic reduction in the GWP of the refrigerants used. The phase down, which began in 2015, should reduce the consumption of F-gases by 79 per cent by 2030. This has concrete consequences for system operators and manufacturers. The topic of refrigerant therefore continues to be at the top of the agenda in the refrigeration and air conditioning industry.

The countries that signed the Montreal Protocol in 1987 have also been subject to the Kigali Amendment at international level since early 2019. The Kigali resolutions provide for a worldwide staged reduction in the quantity of partially fluorinated hydrocarbons (HFCs). However, the European Union’s F-Gas Regulation aims for a faster implementation of the phase down compared to the decisions taken in Kigali.

F-gases – what are those?

F-gases are synthetically manufactured fluorinated hydrocarbons, most of which are neither toxic nor flammable, thus reducing safety requirements and making them easier to handle. However, many F-gases have high global warming potential, and users, contractors and manufacturers are reducing their use of refrigerants with high GWP. The A2L refrigerants R454B (GWP 466), R452B (GWP 676) and R32 (GWP 675) are alternatives to R410A, which has a GWP of 2,088.