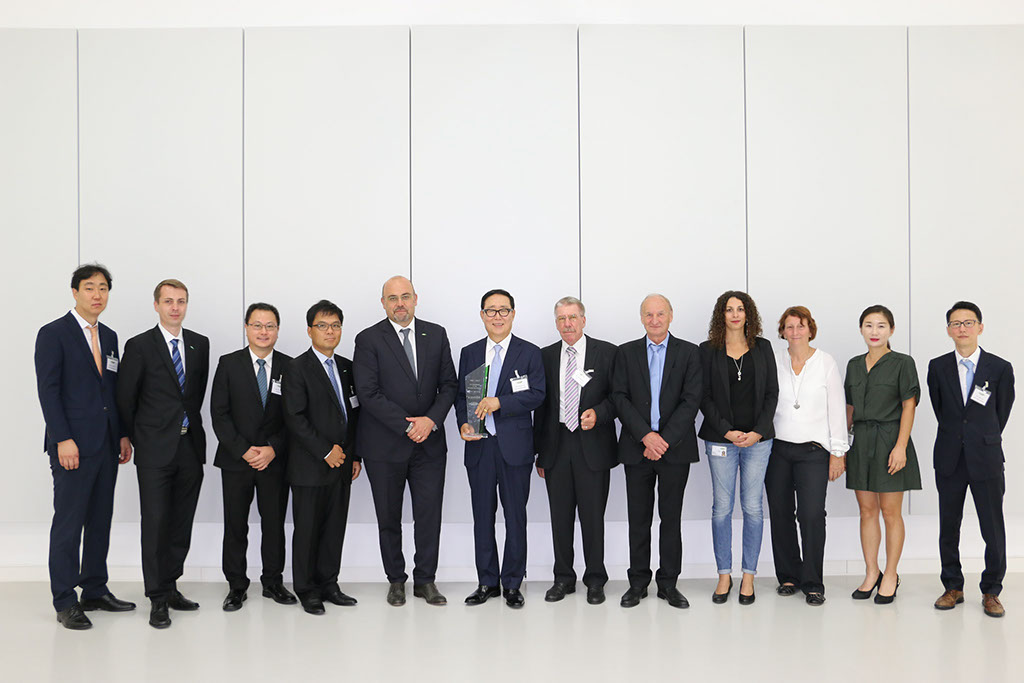 Sam Young and BITZER South Korea have been working closely together since 1987 – with great success. The specialist in refrigeration compressors and its South Korean partner celebrated this anniversary with a special ceremony at SCHAUWERK Sindelfingen in Germany on 28 June 2017. Sam Young representative Keun Ok You came all the way from South Korea and met with many of his colleagues from the past decades. Gianni Parlanti, Chief Sales and Marketing Officer at BITZER, welcomed his guest personally and praised the dedication of Sam Young during the ceremony.

BITZER has sold 72,000 compressors in South Korea through Sam Young, including around 8,000 compressors – many of which were 4PF/4PFC reciprocating compressors – in 1995, the company’s most successful year to date. Sam Young has thus paved the way for BITZER in South Korea and helped to found BITZER Korea in 2007. The two companies have been working even more closely together ever since, with unwavering success: between 2007 and 2016, BITZER more than doubled its sales in South Korea from €8 million to €18 million. Sam Young’s sales increased from €2.2 million to €6.1 million in the same period. Established in 2015 on the western coast of the Korean peninsula, the Hwaseong site is proof that BITZER will continue its focus on the growing market of South Korea.