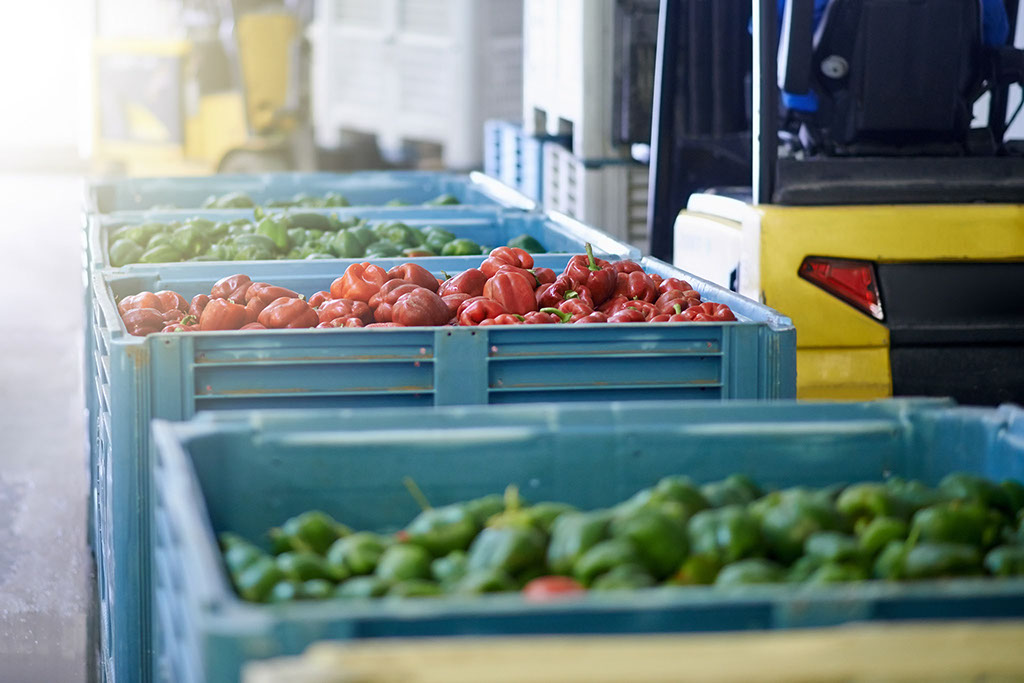 A system concept befitting the philosophy of the company

Weiling GmbH, an organic fruit and vegetable wholesaler, has expanded its headquarters in Coesfeld by 12,500 m² to 23,300 m² of storage space. The new high-bay warehouse is cooled, the previous system was unable to deliver the extra cooling capacity and the previous R134a and R404A systems were to be replaced by a more efficient, modern solution, so a completely new refrigeration system was planned and built for the entire property.

Weiling GmbH was established in 1975 as an organic wholesaler and has grown from a pioneer in organic produce to a company with 600 employees. The company has its headquarters in Coesfeld and opened a new facility in Lonsee in 2010. Weiling supplies the finest organic produce from a range of more than 12,000 articles to over 1,000 independent organic food stores and supermarkets. From fresh and crispy organic fruit and vegetables, the finest organic cheese and dairy produce to a wide range of organic wines. Weiling has made it its mission to contribute to a fair, environmentally friendly world.

Staying true to its philosophy, the company opted for a solution with the natural refrigerants ammonia (R717) and carbon dioxide (R744). An ecological solution with an HTX-1 licence for use in areas with incidental food contact and consisting of renewable raw materials, all of which are 100 per cent biodegradable, was also chosen for the mixture of heat transfer fluids.

The contract for this new project was awarded to Kälte-Klima-Peters and its upstream supplier Robert Schiessl GmbH. Both companies had already been engaged to install the refrigeration system in Lonsee. 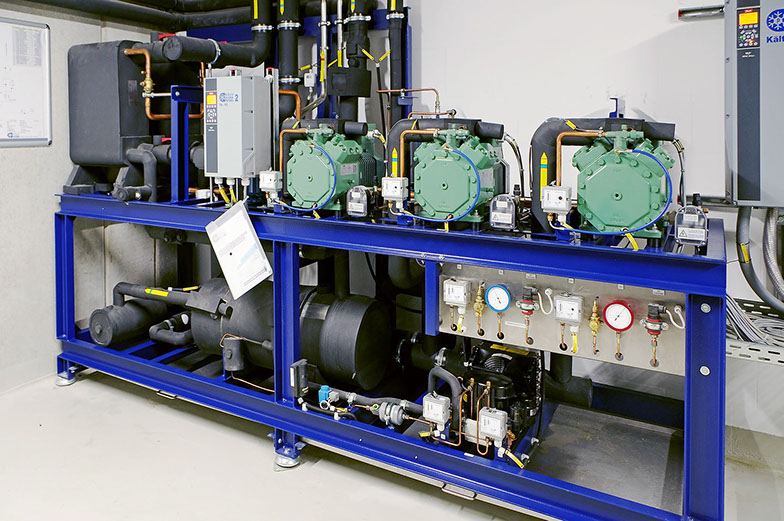 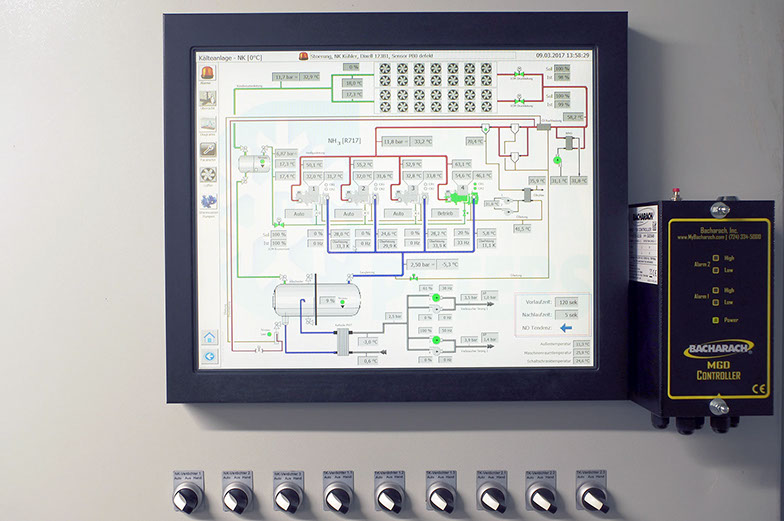 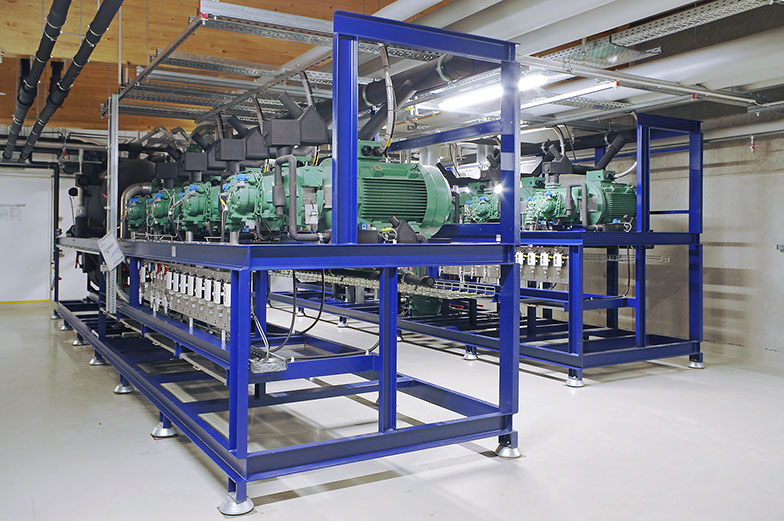 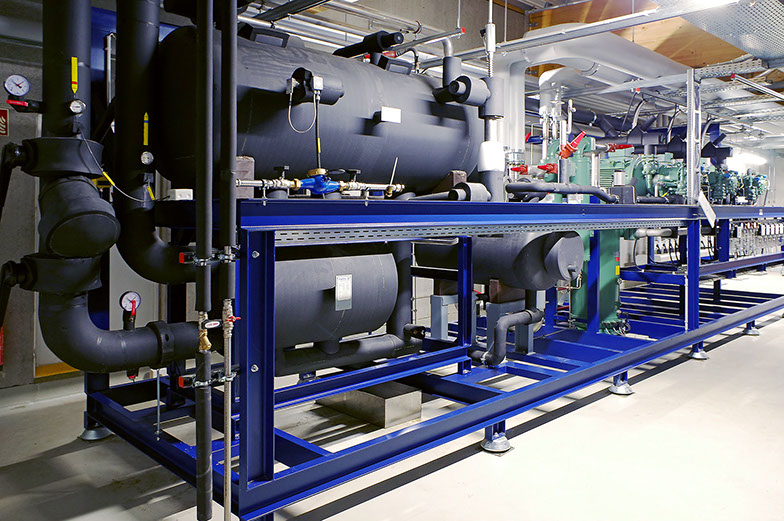 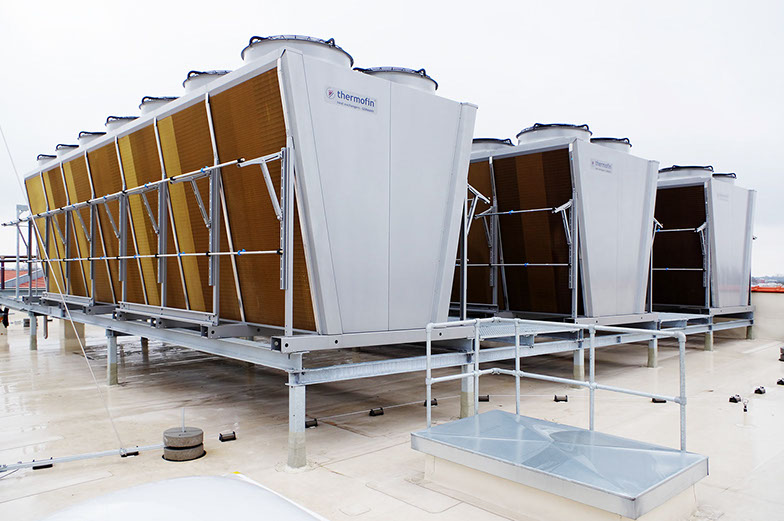 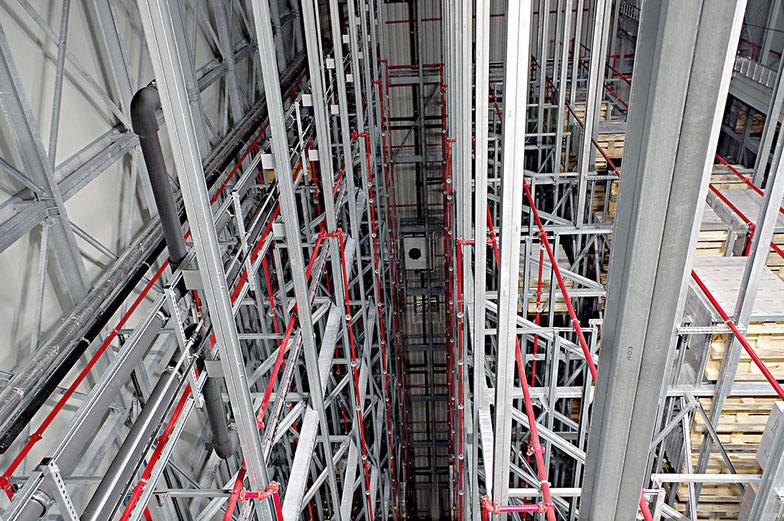 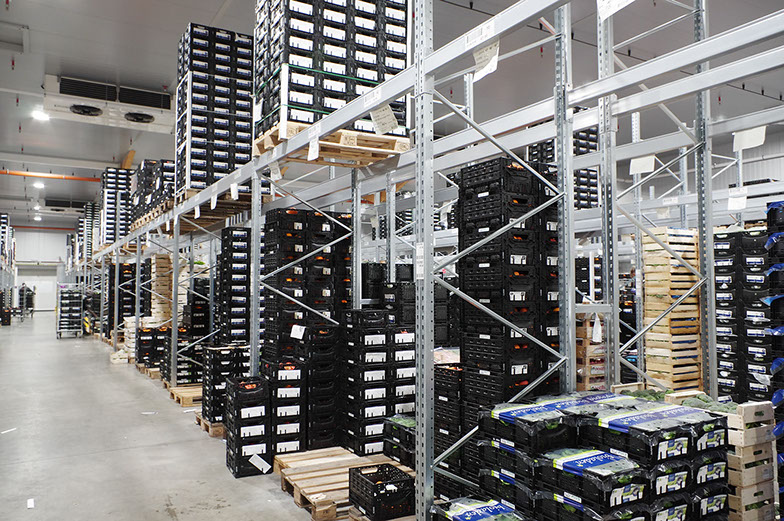 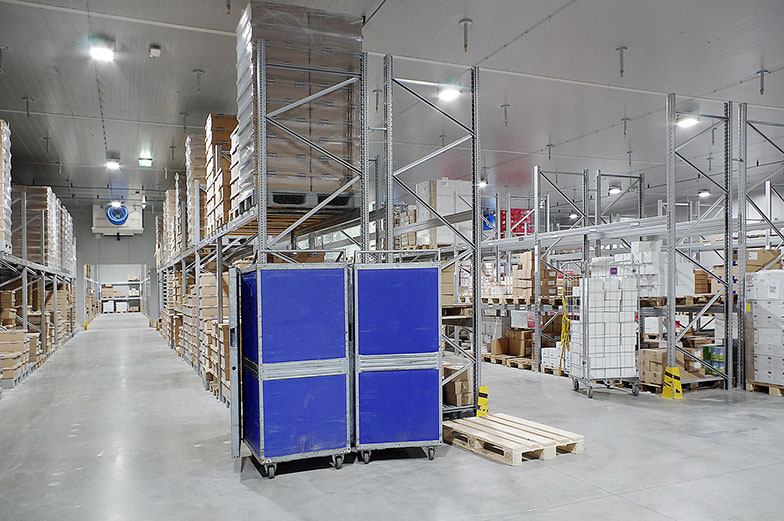 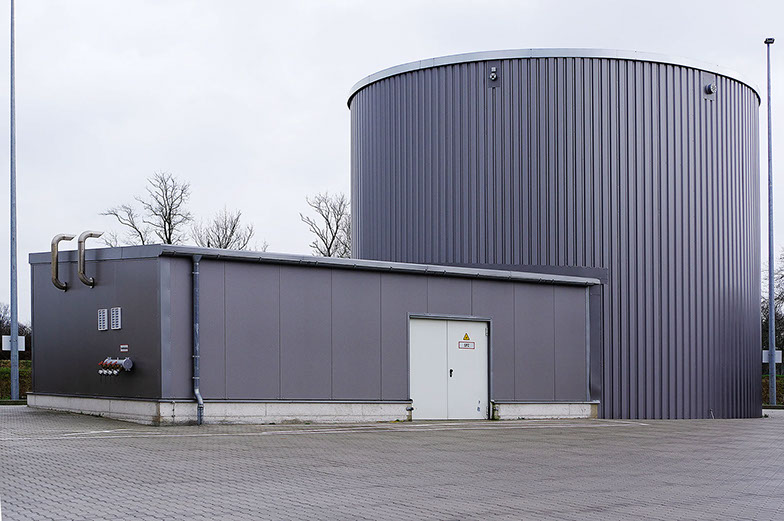 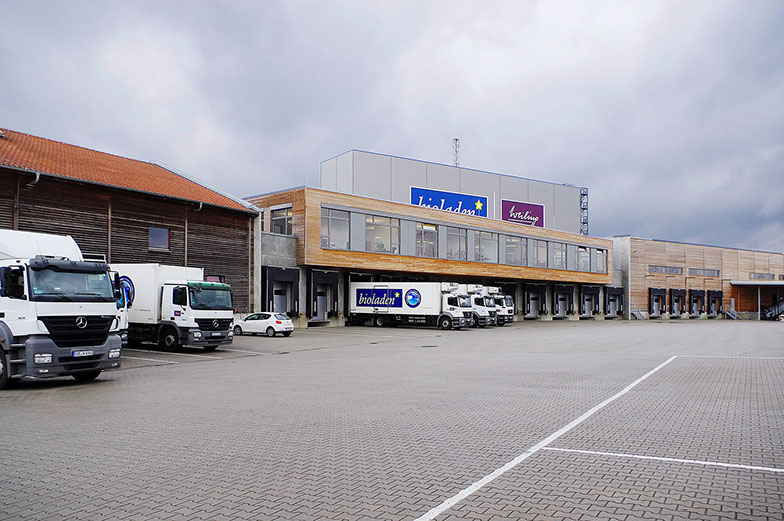 The low temperature storage facilities have a combined area of approximately 1,300 m². Two R744 systems with direct expansion ensure the low temperature application. Each unit operates 50 per cent of the evaporators in the two cold stores. If one system should fail, the second system serves as a redundancy measure.

All of the systems are fitted with heat exchangers to recover heat. The waste heat is either used to heat the building directly through an intermediate circuit or fed into the 750,000-litre quenching water tank that serves as a storage tank. The temperature in the storage tank therefore ranges between 28 and 40°C.

The heat is only discharged through three air-cooled V-shape condensers from Thermofin when little or no building heating is required and the storage tank has been filled. As a result, no additional fossil fuels now have to be used to heat the building.

The entire system is controlled and regulated by a fully networked Siemens SPS control system. The control system regulates and visualises the entire refrigeration system with all connected cooling positions as well as heat recovery and building heating. All of the features and data of the entire system can be displayed and modified in clear displays using the touch panel or over the Internet. This type of system management is absolutely necessary for a project of this scale; it gives operators and service technicians a clear overview of the entire system and enables them to access it quickly.