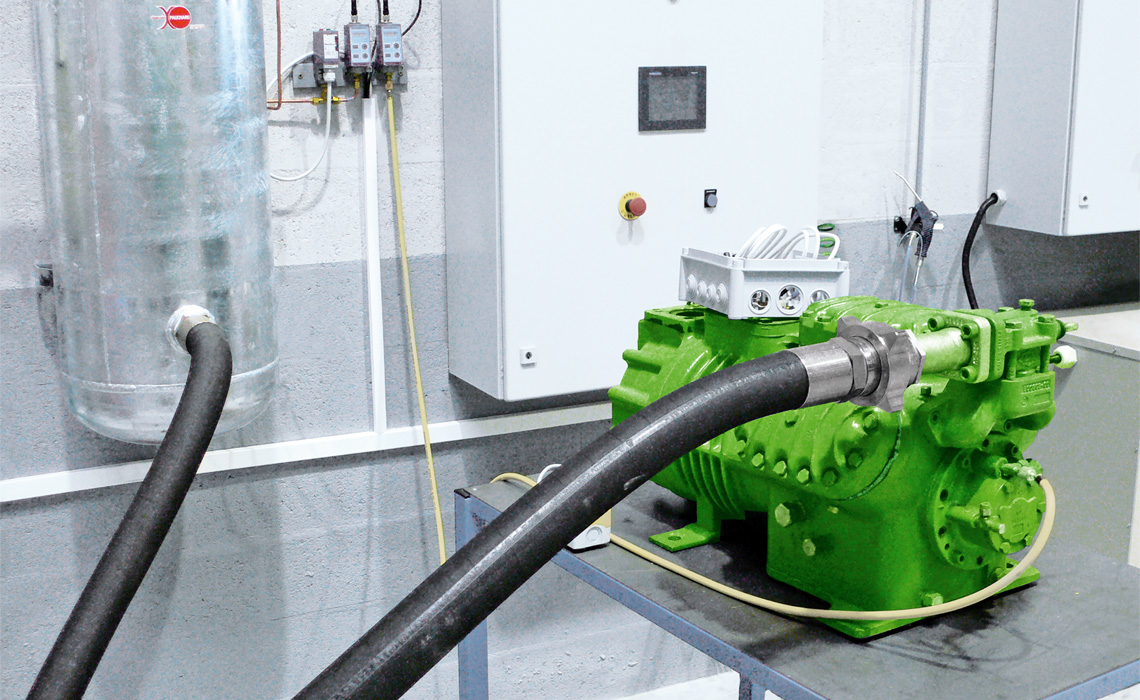 Sophisticated restoration of a refrigeration system

A refrigeration system that frequently fails is a huge problem for any food-processing company. One Green Point UK customer knows a thing or two about that – but the BITZER service network’s reliable British team was able to provide assistance

Green Point UK, the BITZER branch responsible for compressor repairs and services, was able to determine why the refrigeration systems at a large British food production company kept failing, and ultimately provided a solution. For years, the customer had been dealing with technical problems that caused the cooling systems to fail time and time again. The damaged compressors had to be replaced.

The back-to-back failures were a symptom of poor maintenance, subpar spare parts and improvised changes to the system over a period of many years. A new refrigeration technician was commissioned to get to the bottom of the issue and find a permanent solution, and he enlisted the help of Green Point UK. The Green Point team began by conducting in-depth analysis of the unit and the corresponding control, only to discover that the system had been insufficiently maintained. Changes had also been made to the installation which compromised operation. Another issue that may have contributed to the problem was the use of reconditioned compressors supplied by other companies.

The Green Point UK team worked closely with the contractor during the inspection, at which time two compressors were down. One of them had seized up and was flooded with oil and impurities, whilst the other had overheated, resulting in seal failure and a refrigerant leak. The refrigeration system was operating with a single compressor which was barely sufficient to maintain temperatures. Green Point thus supplied two reconditioned compressors of equal capacity to replace the damaged ones and recommended equipping the system with the intelligent BITZER SE-i1 compressor protection device.

Soon after installation, it was discovered that the end customer’s employees had been manually switching the system on and off on a daily basis, circumventing the automatic control system. It was also revealed that the compressors were able to operate outside of the recommended range of operation due to ad hoc changes to the control system over time, which further increased the risk of damage and failure. Additional issues were detected, including an inaccurate low pressure sensor which had been jury-rigged by a former contractor, as well as capacity control based on a low pressure switch at one and two bar. The oil return magnet at the suction head of one of the compressors had a blown fuse, which prevented it from opening to allow oil to flow back. And lastly, a replacement mains cable for the refrigeration unit was installed some time ago which was undersized and insufficient to operate three units in full load. Fortunately, it never caused a fire.

It took an on-site inspection and digital monitoring to reveal the full scenario. Green Point UK’s comprehensive approach made it possible to identify and correct all the issues. And the refrigeration system? It’s up and running again at full capacity.